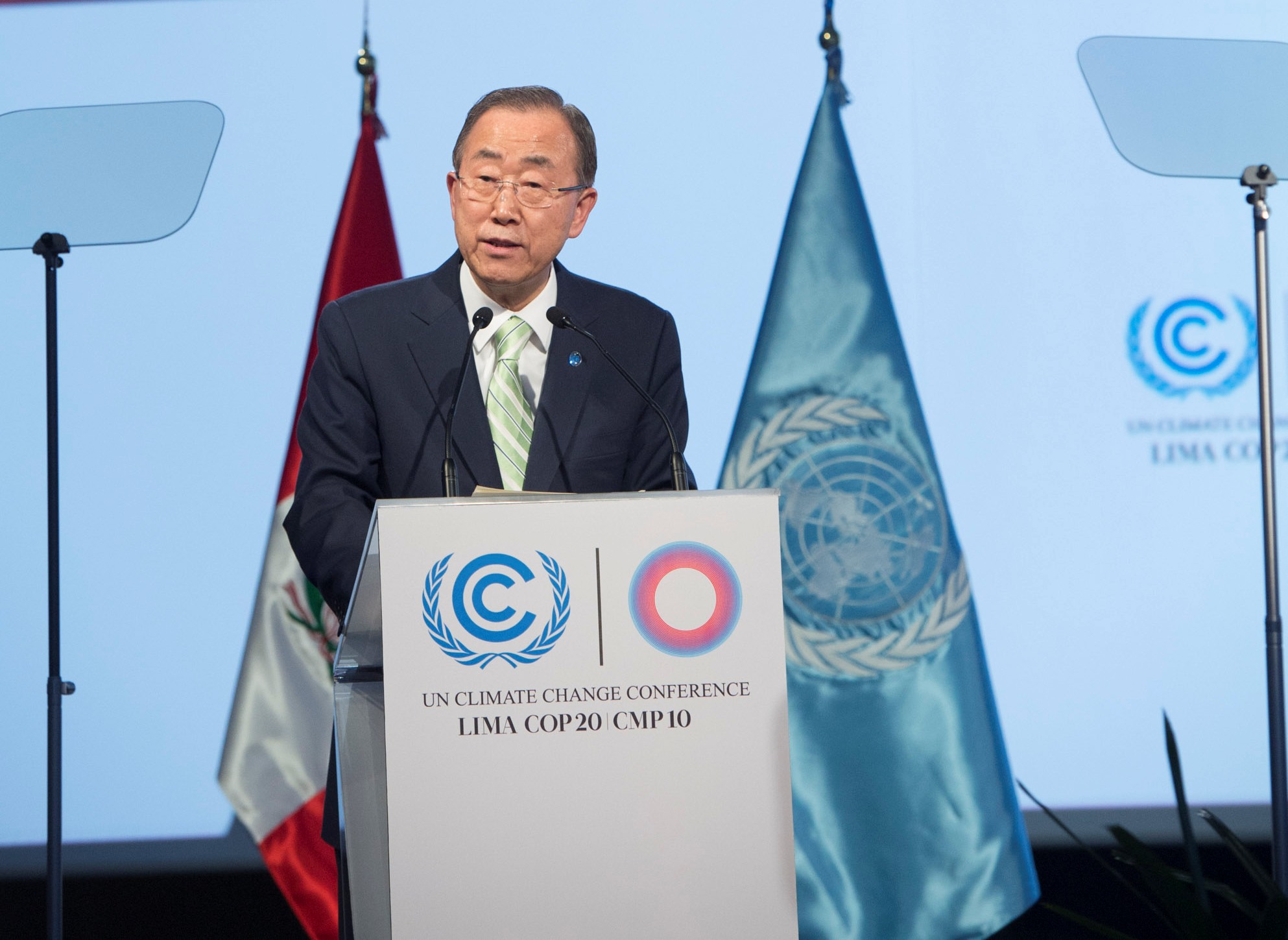 IBON INTERNATIONAL UPDATE #7
Climate COP, 9 Dec 2014, Lima Peru
[[{“type”:”media”,”view_mode”:”media_large”,”fid”:”469″,”attributes”:{“alt”:””,”class”:”media-image”,”height”:”350″,”style”:”width: 310px; height: 226px; float: right;”,”typeof”:”foaf:Image”,”width”:”480″}}]]COP 20 President Manuel Pulgar-Vidal inaugurated the High Level Segment of the Conference of Parties to the United Nations Framework Convention on Climate Change (UNFCCC COP), happening in Lima, Peru, from December 1st-12th.
Mr. Pulgar-Vidal said the climate summit is generating the positive ‘Lima Spirit’, citing four key developments in the run-up to this meeting, namely: the historic announcements made by the United States and China regarding emissions reduction, the successful Climate Summit in New York last September, the auspicious capitalization of the Green Climate Fund, and the crucial report from the Intergovernmental Panel on Climate Change (IPCC) that lays the scientific basis for the urgency to undertake climate action. In an obvious reference to the heated debates over process and methodology in the first week of the climate meeting, he made the assurance that he is working in close coordination with co-chairs, and ‘ready to take necessary decisions to allow all of you to intensify your work to ensure concrete outcomes this week.’
United Nations Secretary General Ban Ki Moon referred to his synthesis report on the ongoing discussions on the new set of goals that will guide the international development agenda said that combatting climate change is an essential part of the foundation of sustainable development, and stressed that ‘climate finance cannot be treated separately from development finance.’
The High Level Dialogue on Climate Finance also took place today, which revolved on the Parties’ views around questions on the scale of resources needed to address the twin objectives of mitigation and adaptation, the coherence of the different institutions that constituted the climate finance architecture, and how to mobilize and use climate finance.
The Green Climate Fund (GCF) reported that it now has around USD9.9 billion in resources ready for disbursement by next year. GCF Executive Director Hela Cheikhrouhou said that the Fund was created to be a ‘game changer’ in the lives and livelihoods of people across the developing world, as she enjoined other countries to contribute to it.
Developed countries stated meeting their commitments on climate finance and some even announced new pledges made (on the floor and at the recently concluded GCF pledging session in Berlin) such as the United Kingdom, Germany, Spain, Belgium, Norway, Denmark, and Australia. However, a number of developing countries raised the need to clarify the operational definition of climate finance – as Official Development Assistance (ODA) or aid money is being ‘repackaged’ as climate finance, which negates the Convention provision of finance as being ‘new and additional.’
Bolivia made strong interventions at both high level meetings. At the COP High Level segment, President Evo Morales urged all Parties to recognize and follow the indigenous values and principles of "Ama Sua, Ama Llulla, Ama Qella" (Don't steal, don't lie and don't be lazy) as he developed countries to ‘stop stealing our resources and the life of future generations, not to lie to the people with agreements and protocols that later are not true, and finally asking to the developed countries to take their differentiated responsibility and accomplish their commitments.’ At the High Level Dialogue on Climate Finance, Bolivia lashed at the developed countries for violating Article 4 of the Convention (on establishing the obligation of developed countries toward developing countries in providing finance), and said that ‘developed countries generated their wealth at the expense of developing countries, and as such there is a need to democratize wealth and (for developed countries) to compensate for their irresponsible behavior.’
Today was also Gender Day, and many activities were held to refocus the discourse around gender equality, human rights and climate justice with the aim of amplifying the message that ‘women want system change, not climate change’, and that ‘there is no gender equality on a dead planet.
Some civil society initiatives somehow present the overly optimistic prognosis that the climate problems can be solved by the world’s leaders in Paris next year. However, the stronger and clearer message from civil society at this climate meeting, stresses that a successful outcome in Lima would mean going to the roots of the climate problem – which means developed countries acknowledging responsibility for this, making binding commitments toward deep and drastic emissions cut, and compensating for centuries of colonialism and resource plunder, and continuing this legacy with unequal trade agreements, foreign investment promotion especially on extractives and dirty energy, in collusion with corporations and governments from developing countries. ###
Tags: climate change, climate talks, COP20, Lima, Peru, UNFCCC