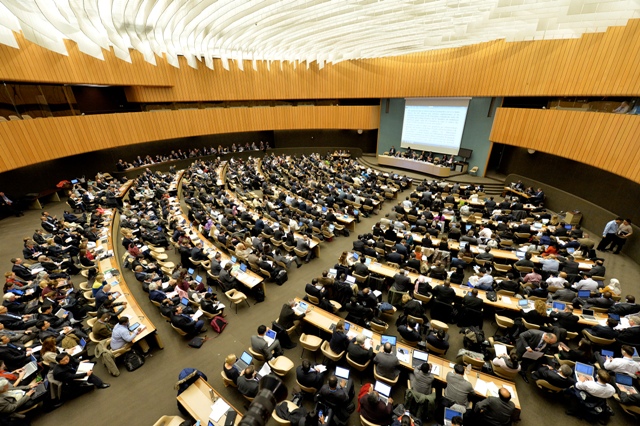 [[{“type”:”media”,”view_mode”:”media_large”,”fid”:”609″,”attributes”:{“alt”:””,”class”:”media-image”,”height”:”320″,”style”:”width: 350px; height: 233px; margin: 5px; float: right;”,”typeof”:”foaf:Image”,”width”:”480″}}]]February 2015
The 20th Conference of Parties held in Lima last December was supposed to come out with the elements of a draft negotiating text, but when Parties continue to debate on what would shape the new climate agreement, they agreed to the Lima Call to Climate Action instead and set to meet again in Geneva to resume the unresolved discussions. The Lima Call for Climate Action only laid ground rules as to how countries can contribute to the development of a new deal. The unambitious Lima outcome offers a non-legally binding agreement focused heavily on the INDCs that requires both developed and developing countries alike to contribute to emissions reductions – undermining the principle of CBDR and historical responsibility.
The resumption of the discussions under the UNFCCC’s Ad Hoc Working Group on the Durban Platform for Enhanced Action (ADP) held in Geneva, Switzerland from February 8 – 13, 2015 came out with an 86-page long negotiating text that will be the basis of negotiations starting this June and to be adopted as the new climate protocol by the COP 21 in Paris this December.
Some of the Highlights surrounding the meeting:

The New Clark City, a government sell-out of IP and peasant land for private interests​