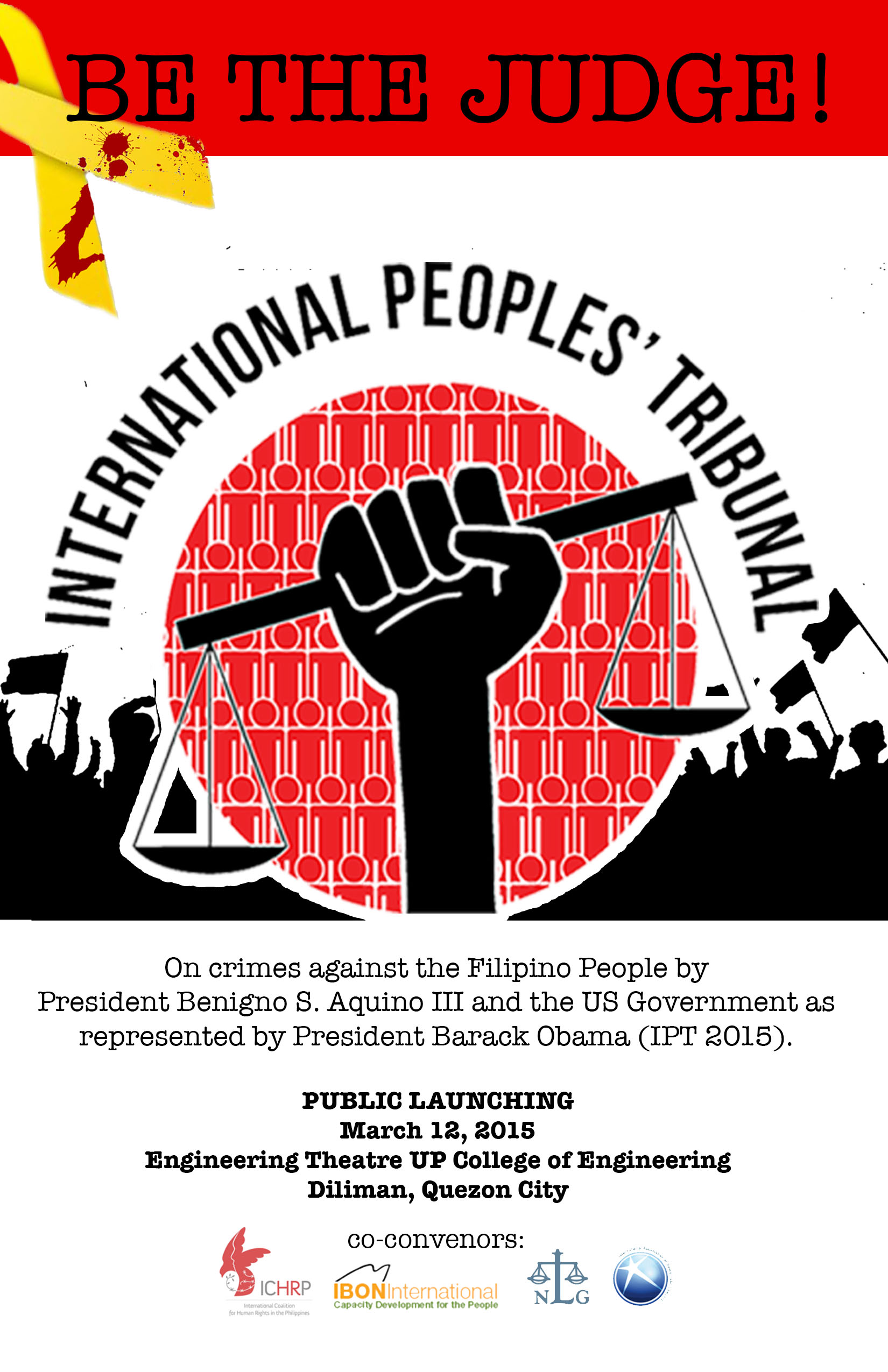 At the behest of victims of human rights violations and other crimes committed under the Presidency of Benigno S. Aquino III, the International Coalition for Human Rights in the Philippines (ICHRP), the International Association of Democratic Lawyers (IADL), the National Lawyers Guild, and IBON International, have come together to convene the International Peoples Tribunal on Crimes against the Filipino People by the President Benigno S. Aquino and the US Government as represented by President Barack Obama (IPT 2015).
This tribunal aims to expose the ongoing violations of the Filipino people's rights and hold those responsible accountable before the international community, exercise moral suasion and help generate further political pressure on the governments of the Philippines and the US to end impunity in the country.
We encourage everyone to attend the IPT 2015 Public Launch on Thursday, March 12, 2015 at the Engineering Theater, UP  College of Engineering, Diliman, Q.C. from 9:30am to 12:30pm.
Tags: human rights, IBON International, IPT, public launch

Trade for the people, not for corporate elites!

Bullying and Blackmailing in Bali