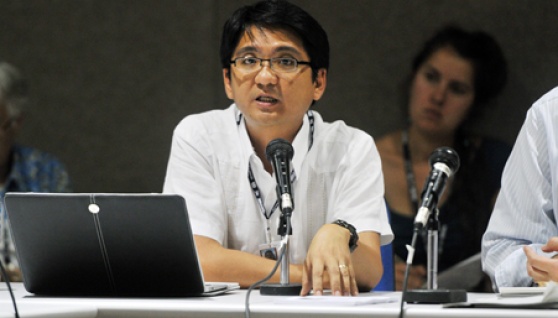 Perhaps one of the most critical discussions haunting the post-2015 agenda has to do with the question of “how”: How can such an ambitious plan be financed? Where will resources come from? At least for member states, the answer is not as elusive as you might think.
The emerging consensus among governments and international financial institutions is alarming. There appears to be a strong trend toward “outsourcing” government responsibilities for the means of implementation of sustainable development to the business sector. What’s more alarming is that this is happening without proper discussion on the risks associated with such a strategy.
A joint meeting of the intergovernmental negotiations for the third International Conference on Financing for Development and the post-2015 development agenda was held recently at the U.N. headquarters in New York. The discussions that took place from April 21 to 24 centered on the substance as well as the relationship between the F4D agenda and the intergovernmental negotiations on the MOI for the post-2015 development framework.
Many of the developed countries argued that the F4D conference to be held in Addis Ababa, Ethiopia, in July should focus on the MOI for the post-2015 sustainable development goals and that the outcomes of this conference be integrated into the post-2015 agenda to be concluded in September. Many of the developing countries, on the other hand, pointed to the fact that F4D is a separate process that predates the discussions on the post-2015 agenda, and goes beyond merely financing the SDGs. They warned that merging these two processes would dilute both to their lowest common denominator and lower the level of ambition across the board.
An emerging consensus?
A document frequently referenced by the member states is “From Billions to Trillions: Transforming Development Finance Post-2015 Financing for Development: Multilateral Development Finance,” a paper jointly prepared by the African Development Bank, Asian Development Bank, European Bank for Reconstruction and Development, European Investment Bank, Inter-American Development Bank, International Monetary Fund and World Bank Group.
The paper argues that in order to meet the investment needs of the SDGs, “the global community needs to move the discussion from ‘billions’ in official development assistance to ‘trillions’ in investments of all kinds: public and private, national and global, in both capital and capacity.” It notes that “the most substantial development spending happens at the national level in the form of public resources, while the largest potential is from private sector business, finance and investment.”
The paper asserts that the role of development finance, including overseas development assistance, is to “strategically unlock, leverage, and catalyze private flows and domestic resources.”
This “robust” consensus among the multilateral development banks, IMF and donors can very well become the “consensus” among the majority of states as the first group exerts its influence on developing countries by channeling its financing as well as policy “advice” according to this framework — as it did with the “Washington consensus.” Indeed, the paper states that the primary role of MDBs and the IMF is to provide policy guidance, and development finance and financial support for this paradigm shift.
In this light, one can infer that the emerging “consensus” on financing the post-2015 development agenda goes beyond business as usual. Not only does it hold up the private sector as the engine of growth and innovation, it promotes private finance as the fuel of development. This is alarming in so many ways considering how unrestricted private finance led to the global financial crisis of 2008 plus the fact that no meaningful regulation of the global financial system has yet been put in place since then.
Portfolio investors, more so than foreign direct investors, aim to maximize rates of return on their assets in the shortest possible time. Allowing and encouraging private finance to “invest” in development projects such as large infrastructure projects or social services bundled up as new “asset classes” would intensify pressures for cost-recovery schemes and greater commercialization if not downright privatization of public services. More projects would likely be directed at profitable sectors and areas instead of prioritizing the needs of impoverished and marginalized groups. There would be more aggressive implementation of massive infrastructure projects that are often associated with land grabbing and human rights violations affecting indigenous peoples and rural communities.
And because this new “consensus” advises states to provide credit and risk guarantees to entice institutional investors to park their trillions in development projects, contingent liabilities and sovereign indebtedness among developing countries are likely to rise as well.
If this emerging Manhattan consensus — together with the new “free trade” agreements in the offing such as the Trade in Services Agreement and Trans-Pacific Partnership — come to dominate development policy in the post-2015 era, then we can expect a new wave of privatization and financialization with even more dire consequences than the old Washington consensus.
___________________________________________________________________
Note: This article was originally posted on https://www.devex.com/news/post-2015-negotiations-are-governments-passing-the-buck-to-businesses-86027
Tags: FFD, post-2015, privatization, SDGs

Truth is Stranger Than Fiction

Development for Whom? How Navotas fisherfolk resist the displacement of their people and livelihood