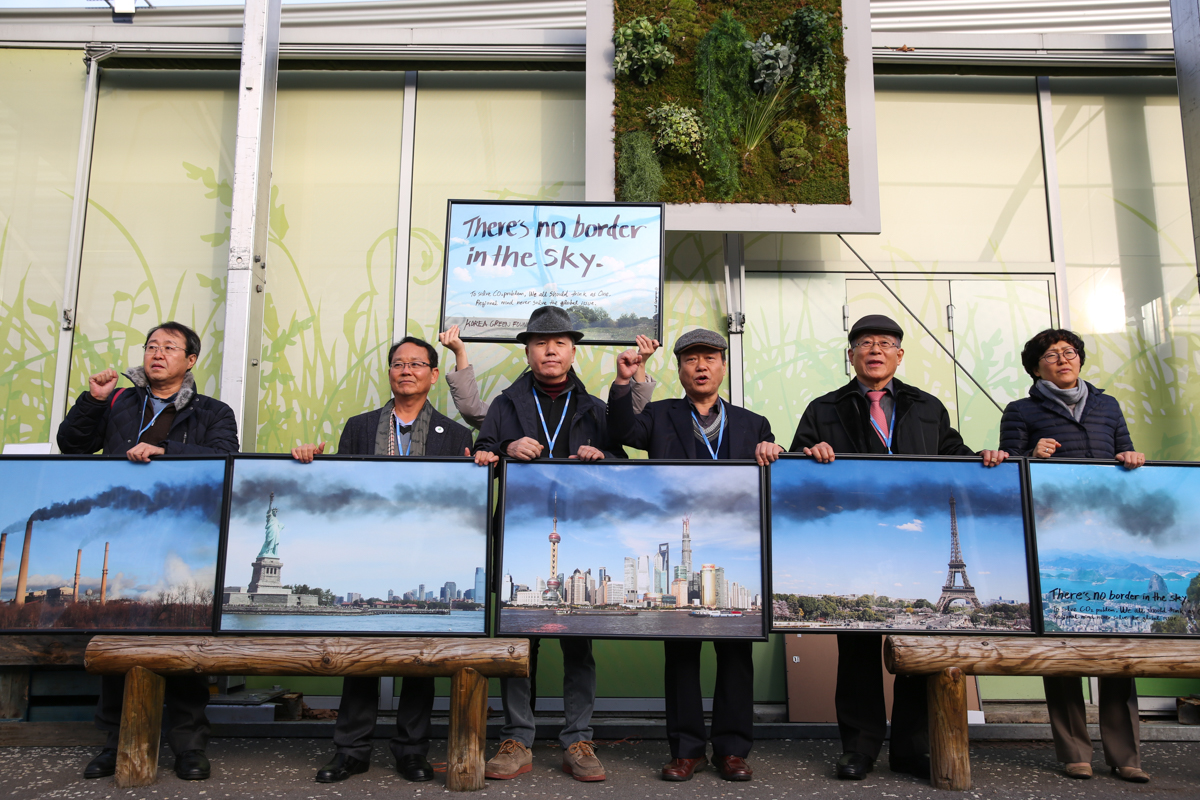 (December 3, 2015, Paris, France) – Three days into the 21st Conference of Parties (COP) of the United Nations Framework Convention on Climate Change (UNFCCC), negotiations are nearing fever pitch as the December 4 deadline for a revised draft text of the Paris climate agreement looms.

COP 21 is taking place in the French capital from Nov. 30 to Dec.11, with the objective of inking a global agreement that outlines actions that countries will undertake to respond to the climate crisis. Since Monday, negotiations have been taking place in smaller groups and often simultaneously, with a number of these closed to civil society and other observers. Some government representatives have been complaining of this hurried manner in which the negotiations are taking place, and noted that this lack of transparency in process puts in question the legitimacy of any outcome.
A new and shorter draft negotiating text was released today, but now comes the next challenge of Parties coming to an agreement on sticky issues. For instance, there remains the controversy on the long-term goal, i.e. whether global temperature increase should be put at 1.5. or well below 2 degrees; as well as how to translate this temperature goal into actual global emissions reductions.
Placing ‘human rights’ in the revised draft text was also highly disputed, as some developed countries did not want to see references that linked human rights and climate change.
Financing climate action is another contested issue, especially with a proposal from the United States and its allies that developing countries should contribute equally to climate finance, in total disregard of the principle of ‘common but differentiated responsibility and respective capacities’ (CBDR-RC) of the UN Framework Convention.
Underlying all this tension is the obvious divide between developed and developing countries particularly on the issue of ‘differentiation.’ Developed countries argue that the world has changed a lot since the time of the founding of the Convention and the adoption of the Kyoto Protocol, and that this changing global landscape and national circumstances must be taken into account when talking about commitments and actions to be undertaken under a new climate regime. Developing countries, on the other hand, contend that this line clearly undermines the founding principles of the UNFCCC, i.e. while acknowledging that climate change is a global problem, countries have different roles, capacities and responsibilities in addressing this, with developed countries legally bound to undertake emissions reductions, provide finance and capacity building to developing countries.
Malaysia, on behalf of the Like­‐Minded Developing Countries (LMDC) group, said that ‘historical responsibility has not changed. Historical debt has not changed. You (developed countries) have created the problem, did not deliver on the commitments you made (under the Convention), and now you say you want us (developing countries) to share on an equal basis? Venezuela said the world has not changed at all, with inequality pronounced now more than ever. Meaningful negotiations are needed in order to save the world.
A climate agreement is needed indeed, but what the world needs is a just agreement.  #
II Update #8 Climate.pdf
IBON Internacional Updates CJ Paris-ES.pdf
Tags: climate change, climate talks, COP21, France, Paris, UNFCCC

Fuelling Strife: Corporate grab of energy and other resources (January-February 2010)