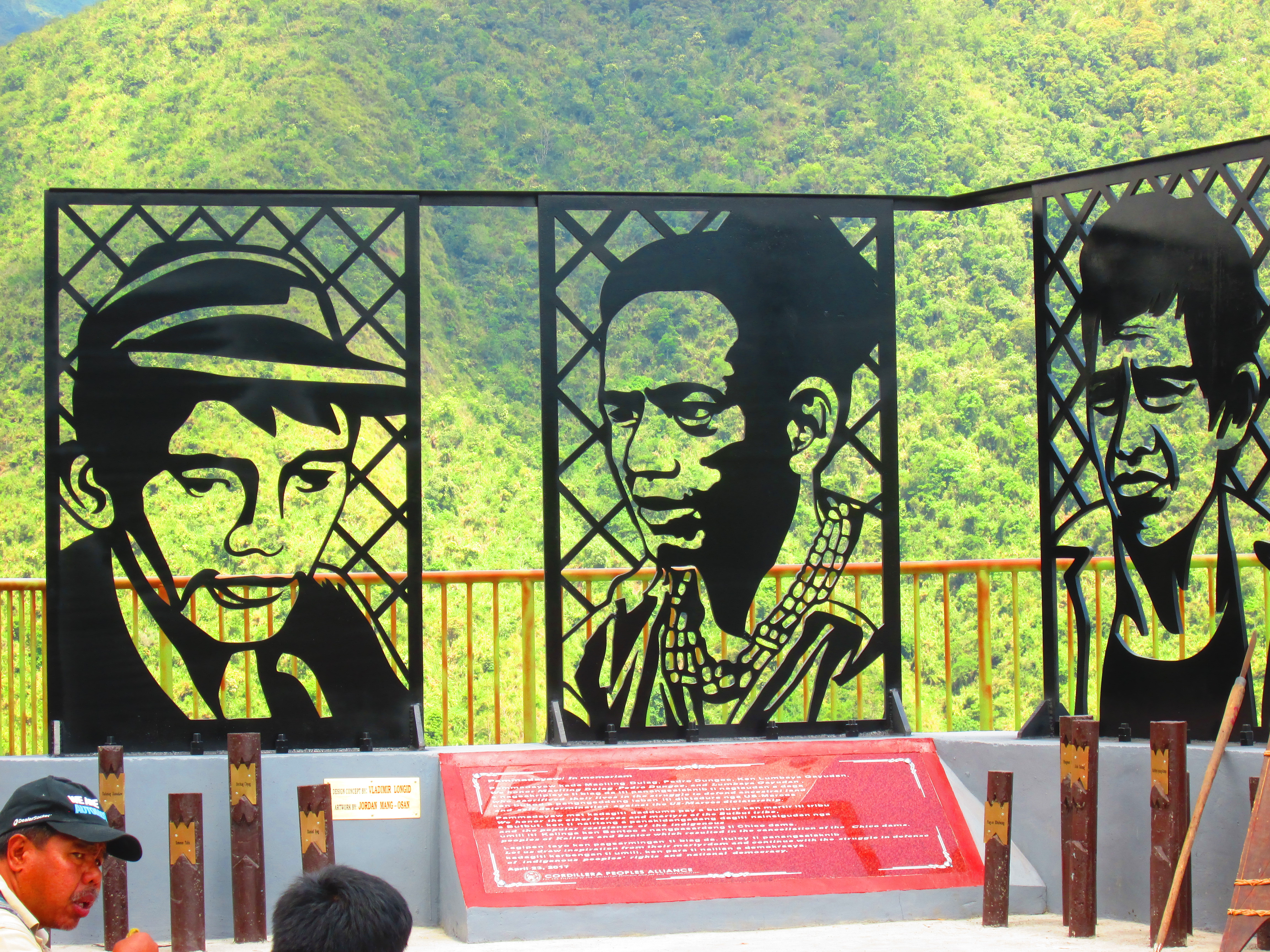 The Cordillera people, comprised of indigenous peoples groups from six provinces and one city in the northern Philippines, are not strangers to struggling for the collective well-being of their communities. In the late 1970s to the early 1980s, they asserted their rights to their ancestral lands and right to determine their own destiny against the notorious, World Bank-funded, Chico River Dam project.

Were the dams built, more than 100,000 Kalinga and Bontok peoples, whose villages are near the river, would have been displaced. It is in this struggle against the project that many indigenous peoples were martyred. This included one Kalinga leader, Macliing Dulag, who was killed by the Philippine military in 1980.

The 2017 Cordillera Day was held in Kalinga, Philippines from April 23 to 25, and was hosted by grassroots people’s organizations: KALASAG and the Balantoy Farmers Association, with the Kalinga Chapter of CPA. 3000 gathered for the 33rd year of the three-day event.

As part of the 33rd Cordillera Day, a marker was installed dedicated to the banwar (heroes) of the Chico Dam struggle. Now, the faces of Dulag, together with two other heroes of the Chico Dam struggle — Pedro Dungoc and Lumbaya Gayudan – are part of the mountains and lands they fought for. More importantly, his spirit of struggle still lives with the Cordillera people who have committed to assert their rights.

Indigenous peoples were supposed to have the right to self-determination, as per the UN Declaration on the Rights of Indigenous Peoples (UNDRIP) of 2007 (Article 3). They also have the right to determine their own development strategies and priorities (Article 23), especially regarding the use of their lands (Article 32). Military activity in their ancestral lands is disallowed “unless justified by a relevant public interest” or requested by indigenous groups (Article 30). De-militarization is considered important in order to achieve peace and development for indigenous peoples, according to the UNDRIP Preamble.

Even before this UN declaration, an Indigenous Peoples Rights Act (IPRA) was already ratified in the Philippines, in 1997. On paper, this law supposedly gives IPs the right to decide priorities for development (Article 17), to self-determination and self-governance (Article 13), to ancestral domains, and recognizes the role of people’s organizations (Article 19) in collectively defending indigenous peoples’ interests.

In a just world, these rights were supposed to be guaranteed to the Cordillera indigenous peoples on account of historical oppression by colonizers and later by foreign monopoly capitalists. In our world not bereft of injustice, the Cordillera peoples have to continue struggling for these rights in the face of corporations and the Philippine military, more than 30 years after the Chico Dam struggle.

In this struggle, many groups in the Cordillera show a strong sense of history. During the 2nd day of the Cordillera Day, they portrayed the histories and the local situations of their respective provinces through cultural presentations. For instance, the Igorots showed the communal life of their ancestors, and how a general sense of disunity and division was weaved by the arrival of colonialist Spain. They do not forget the Americans’ gaze that exoticized them, and the foreign corporations’ export of the riches from their lands.

The peoples from Benguet, on the other hand, do not forget the Japanese-led construction of the San Roque Dam, which displaced around 20,000 indigenous peoples[1]. Nor do they forget the ill effects of the operations of the Philex Mining Corporation and the Lepanto Consolidated Mining Company to their people and their lands.[2][3]Development aggression primarily violates the rights of indigenous peoples’ to their ancestral domains. But they are also aware of the link of what we call development aggression to militarization – since the military allegedly became guards for Lepanto during a workers’ strike in 2005.[4]

The delegates from Mountain Province meanwhile portrayed forms of military oppression. At the cost of the rights of the indigenous peoples, the military introduced curfew hours and killed peasant and indigenous peoples’ leaders. The delegates deplored military presence and activity in the Mountain Province, even after it was made into a “peace zone” in 1989. In August 2013, police and military forces conducted airstrikes against an alleged New People’s Army (NPA) camp in the town of Sagada.[5][6]

The military also exerted pressure on the unarmed delegates of the 33rd Cordillera Day itself. On the way to the event venue, in the municipality of Balbalan, Kalinga, the convoy of jeepneys– with passengers made up of 3,000 people from the Cordilleras, Metro Manila, Mindanao, and other countries — was held for more or less an hour in a military checkpoint. On the pretext of looking for a consultant of the National Democratic Front (NDF) among the delegates from the Ifugao province, the military ordered the delegates from the first of the vehicles to alight.[7]

The soldiers at the checkpoint were armed with rifles, and wore fatigues. The delegates also saw at least two of the soldiers taking a video of the jeepneys as they were eventually allowed to pass through the checkpoint. Even after the Cordillera Day, members of the 503rd Infantry Brigade continue their presence in communities and impinge upon the self-determination of peoples.

Finally, indigenous groups also criticized the National Commission on Indigenous Peoples (NCIP), an institution officially formed through the IPRA. They mourn how the commission has been a mechanism to legitimize, despite the opposition of groups in the Cordillera, corporate projects which violate people’s rights for self-determination and ancestral domain.

Chevron, the large US-based corporation, has applied to the NCIP to build a geothermal project that will affect 26,000 hectares of ancestral domain in Kalinga. 100 per cent consent is flaunted by the corporation despite opposition by other groups. Chevron was also accused of bribing peoples, with some consultations held in hotels in Tabuk City in Kalinga. Meanwhile, NCIP consultations within communities for the Kalinga Geothermal Project have provided insufficient information to the people.[8]

During the 2nd day of the event, the Ifugao delegates portrayed their view of the NCIP’s role in further oppression of indigenous peoples: its role in introducing the partitioning and private control of lands, which run counter to local norm of common ownership. The division of lands resulted to a culture of division among the peoples of the province.

People on the ground can also attest to how peoples’ assertions of rights can successfully result to a de-militarized community. Two delegates from the village of Dupag in Tabuk City, Kalinga province recalled to IBON International delegates how a military detachment occupied their village and even their homes. They told of the success of people’s organizations in their community when it comes to petitioning the pull-out the military forces.

Calls for unity among the struggles of various indigenous groups were abound during the Cordillera Day, aside from such stories of village-level victories. This also came in the form of a united action against militarization on the third day of the event. In the words of Windel Bolinget, Chairperson of the Cordillera Peoples Alliance, “Cordillera Day is [about] struggle.”

The delegates themselves launched a daring mobilization in front of the 503rd Infantry Brigade in the province of Kalinga. They called for the exit of the military from the communities of Kalinga and the region in general. They also carried banners calling to halt Lepanto operations in their communities, and the forging of peace based on social justice.

Military and police personnel were on the sidelines during the mobilization. Some so-called supporters of the State-supported paramilitary group, Citizen Armed Force Geographical Unit (CAFGU), also attempted a counter-protest with signs that promoted the paramilitary organization. After failing to distract the delegates from the mobilization, the CAFGU supporters eventually dispersed away from the area.

This mobilization and the holding of the Cordillera Day on its 33rd year are testaments of the continuing struggle of the indigenous peoples in the region: of its six provinces – Apayao, Ifugao, Benguet, Mountain Province, Abra, Kalinga – and city of Baguio.

Support for Cordillera people’s struggle – for their rights to self-determination, lands and ancestral domains, and for peace based on justice – also came from international delegates. Indigenous peoples and national minorities from Taiwan, Japan and Cambodia were present during the commemoration of Cordillera Day.

Delegates from the Paiwan and Amis tribe from Taiwan, and from the various groups in Cambodia, danced to show their solidarity. The delegates from Taiwan expressed their struggle for land, natural resources and education, and the Cambodian delegates expressed that they were inspired by the Cordillera people’s struggle to fight and assert themselves.

Supporters of the Cordillera struggle from Belgium, who were not able to attend the Cordillera Day, nonetheless gave messages. They expressed concern as to how “development” as seen by corporate actors becomes a pretext for repressing the struggle of the Cordillera people, and how militarization has made civil society actors’ development work more difficult. They also explain that it is a problem when people fighting for sustainability are branded as armed insurgents, and the principle of sustainability – a foundation in the life of indigenous peoples – is ignored.

Peoples’ rights: not just given, but are claimed

The continuing struggle of the indigenous peoples of the Cordillera, then and now, proves that rights conventions and declarations, while important, can be insufficient in a situation where institutions which profess to serve the peoples’ interests are the ones that trample on peoples’ rights. The Chico Dam struggle and the current struggle of the Cordillera peoples prove collective assertion is necessary before peoples could ever succeed in defending and claiming their rights.

Throughout the Cordillera Day, the delegates have repeatedly chanted, Agbiag ti umili ti Kordilyera! (Long live the Cordillera people!). One who has seen or even heard of the decades of vibrant assertions by the Cordillera peoples would see the truth in those words. The spirit of vigorous struggle, exemplified by Macliing Dulag, Pedro Dungoc and Lumbaya Gayudan, continues to live on with them.

Solidarity with the Afghan people, end the US “War on Terror” and war machine