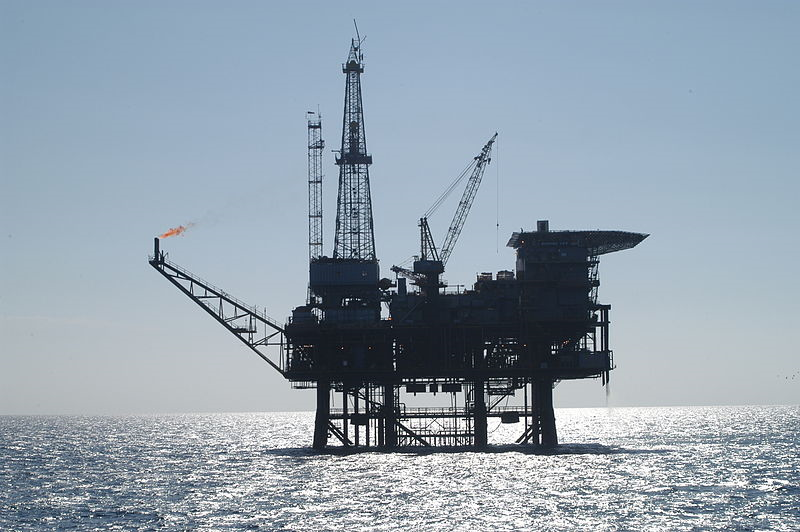 In 2019, Senegal saw a contested electoral process and cases of repression against growing people’s movements. This unfolding political context, amid increasing threats of corporate-led resource plunder, warrants a closer look into contemporary Senegal.

Senegal is located in West of the African continent, and covers an area of 196,712 km². It has an estimated population to 15 million inhabitants in 2018, according to the national agency of statistics and demography, with the population growth at 2.39% in 2017. Senegal is a member of several regional unions: Economic Community of West African States (ECOWAS), West African Economic and Monetary Union (WAEMU), African Union, among others.

Between 2012 and 2017, the average annual growth of the Senegalese economy was 5.4%. The economy is still oriented for outside powers, including to France, but also to India, Italy, China, USA etc. Despite the various programs and policies recommended by the International Monetary Fund (IMF) and the World Bank since the late 1970s, Senegal remains a Least Developed Country (LDC). Its population, as in all poor countries, faces enormous difficulties in meeting basic needs, in particular those related to food, health and education. The main sectors driving of the economy are in crisis: agriculture, fishing, tourism, and mining.

Following the re-election of President Macky Sall last February, controversies erupted about recent oil and gas discoveries which have been expected to be solutions to underdevelopment. Also, policies adopted by those in power seem much more interested in the interests of multinationals and their countries of origin than those of the Senegalese population.

The first quarter of this year 2019 was strongly marked by the presidential election, the eleventh since the independence of the country. A sponsorship system was adopted to limit the number of candidates despite the refusal and criticism of the opposition. Because of this, only five candidates were selected. Among them, Ousmane Sonko, a young leader, was removed from public service by President Sall following the former's denunciations of government irregularities. Sonko embodies the responsible youth and has a lot of interest in preserving Senegalese interests over natural resources including oil and gas.

Despite  the opposition’s denunciation of electoral irregularities (delayed opening of offices, absence of at least one proxy to monitor, children's votes in certain localities, etc.), President Macky Sall was reelected for a second term with 58% of votes. The candidate Sonko came third with nearly 16%, after a famed Prime Minister Idrissa Seck.

Amid these, political repression has also become an issue among people’s movements. Guy Marius Sagna, an activist for the full decolonization of Senegal, was arrested in mid-July 2019. This was in relation to a social media post critical of France’s attempts to justify increased military presence in Senegal on pretexts of fighting “terrorism”.  Sagna has been a leader of the “No to EPAs” Coalition, a movement against neoliberal Economic Partnership Agreements (EPAs) in Africa, and a member of France Degage!/FRAPP movement, which resists continuing neocolonial influence in Senegal.

The proliferation of foreign companies in the Senegalese economy

Senegal is a poor country where the majority of the population cannot meet basic needs. After the many struggles against agribusiness' land grabbing, the government is struggling to keep its promises, particularly with regard to rice self-sufficiency. This shows the need to strengthen the fight for food sovereignty amid the manifestations of climate change such as rising temperatures and decreasing rainfall.

The consequences of the policies pursued by the government, particularly the push for the EPAs, are manifested by the invasion of the Senegalese economy by big French-owned retail food-store companies. Among Casino, Pridoux, and other companies, the arrival of French multinational Auchan was controversial especially with the intervention of the No to EPAs Coalition and France Degage! movement. Today, Auchan stands out and is worried only by the arrival of its French competitor, Carrefour. Senegalese traders, big and small, are unable to cope with this competition. They are trying hard to mobilize to face the invasion of their economic space by European products.

Elsewhere, two other foreign companies — Senegalaise des Eaux (SDE) and Suez — compete for water distribution in urban areas. The State of Senegal decided not to renew the long-time contract of water leasing with SDE, which offers a lower rate than its rival Suez. The Senegalese Social Forum, which works on water issues, is worried about this new partnership given issues raised against Suez in several countries. Actions have been taken to expose the bribes of the new contract. The position of civil society organisations such as  l'Africaine de Recherche et de Coopération pour l'Appui au développement Endogène (ARCADE) is, in contrast to supporting either of the two multinationals, to assert respect for the sovereign right of Senegalese people to this important resource.

After nearly 60 years of exploration, oil was discovered in Sangomar in 2014, and off St-Louis and Kayar in 2016. Since then, many important discoveries have been made with Senegal as having one of the largest reserves in West Africa. Hopes are placed on these resources to accelerate the development of the country from 2021. The extraction is estimated between 200,000 and 300,000 barrels per day for several years from 2021 to 2023. Government has been signing contracts for research and exploitation. A strategic orientation committee for gas and oil is set up, a national institute for training for the gas and oil trades created, among others.

Certainly, there are risks of environmental degradation as big companies, such as Total and British Petroleum, battle for the exploration of the oil reserves. There is also the risk of elite capture of the hydrocarbon revenues, risk of aggravation of corruption and nepotism. Related controversies after the presidential election captured public attention during the first half of 2019, with the all-out signing of research contracts worrying civil society and many industry executives. Even though Senegal's oil contracts are being published, they are being negotiated "on the sly" between the oil companies and the Senegalese government, with some signed in total opacity. The leaders of some of the companies involved are incriminated or accused of corruption in other countries.

Added to this is the involvement of the President's brother, an agronomist, in the management of oil. President Macky Sall, two months after his first election in 2012, confirmed the decision of his predecessor to attribute the exploitation of two offshore oil and gas fields to Petro-Tim, a company owned by the businessman Frank Timis, despite the refusal of the decree of approval by the General State Inspectorate. A 2019 news report revived this controversy as it described the maneuverings between President Sall’s brother and Timis, and how the former was given a USD 250,000 bribe in 2014 by the Timis group. Pushed to the extreme, Sall’s brother finally resigned from the post.

Senegal belongs to the people

Following the issues revealed in news reports, several protest actions were organized in the country. In Dakar, they were banned but, twice, protesters braved the ban. Alliances of people’s movements have also been continuing to campaign to end political repression. In particular, efforts for the freedom of the unjustly imprisoned Guy Marius Sagna, especially by the International League of Peoples’ Struggle in Senegal, have led to his release last 16 August.

Progressive movements and civil society organisations in Senegal are pushing for the disclosure of all contracts signed by government and corporations, as well as the incomes of these actors. They also see civil society participation in the committee responsible for ensuring the regularity of contracts as necessary, and stress that jobs for communities living near sites of exploration and extraction must be prioritised.

For gas and oil to be beneficial to the Senegalese, movements are asserting the need for transparent and democratic management according to the priorities and needs of the country and the people. This implies a public and democratic debate on the subject of managing these resources, but also the accountability of companies and the State and a fair distribution of revenues. In the end, for movements in Senegal, the hydrocarbons sector must be linked to, and even drive, other sectors of the economy to avoid decline in manufacturing and agriculture sectors, or what is called the "Dutch disease". ###

After Lima: Hopes falter for a system-changing climate deal