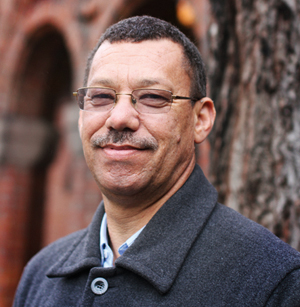 We are in solidarity with social movements, faith-based and grassroots organisations in Africa and across the world in mourning the loss of our chairperson, Rev. Malcolm Damon (1959-2019), who passed away last September 8, 2019 in Cape Town, South Africa.

Rev. Damon made great strides in both the church and the social sector. He did not differentiate the church’s work from the responsibilities of civil society to assert people’s basic rights. He carried his “spiritual” work to help people meet their “corporeal” needs — the right to food, clean water, shelter, work, etc.

He was one of the speakers at the 2016 International Conference for Peoples’ Rights in the Philippines in Davao City, Philippines, which commemorated the 40 years of the Universal Declaration of the Rights of Peoples. The conference brought to light the situation of peoples’ rights around the world and firmed up international solidarity for peoples’ struggles for the right to development amid imperialist aggression, militarisation and climate change.

Rev. Damon was also chair of one of IBON International’s hosted networks, the Reality of Aid Network, from 2013-2014. He made valuable contributions to the network’s future for being part of its strategic planning efforts in 2016.

He was one of the founding members of the Economic Justice Network (EJN), which worked on economic justice issues together with the Fellowship of Christian Councils in Southern Africa involving 12 National Councils of Churches including Angola, Namibia, South Africa, Zambia, Malawi and Tanzania. He served as Executive Director of EJN since 2001, working on developing the capacity of churches in the Southern African region in engaging trade, debt, finance, food security, mining and other social and economic justice issues.

For Rev. Damon, the struggle of the marginalised sectors was foremost in the church’s work. He had a firm stance on issues such as land redistribution and land reform to eradicate poverty and inequality, which he substantiated with concrete and effective political work.

Rev. Damon led a meaningful life of service and inspired everyone who worked with him. We grieve together with his family and friends, but we will carry on his legacy through our work. #

Stop the attacks on Lumads and their rights!