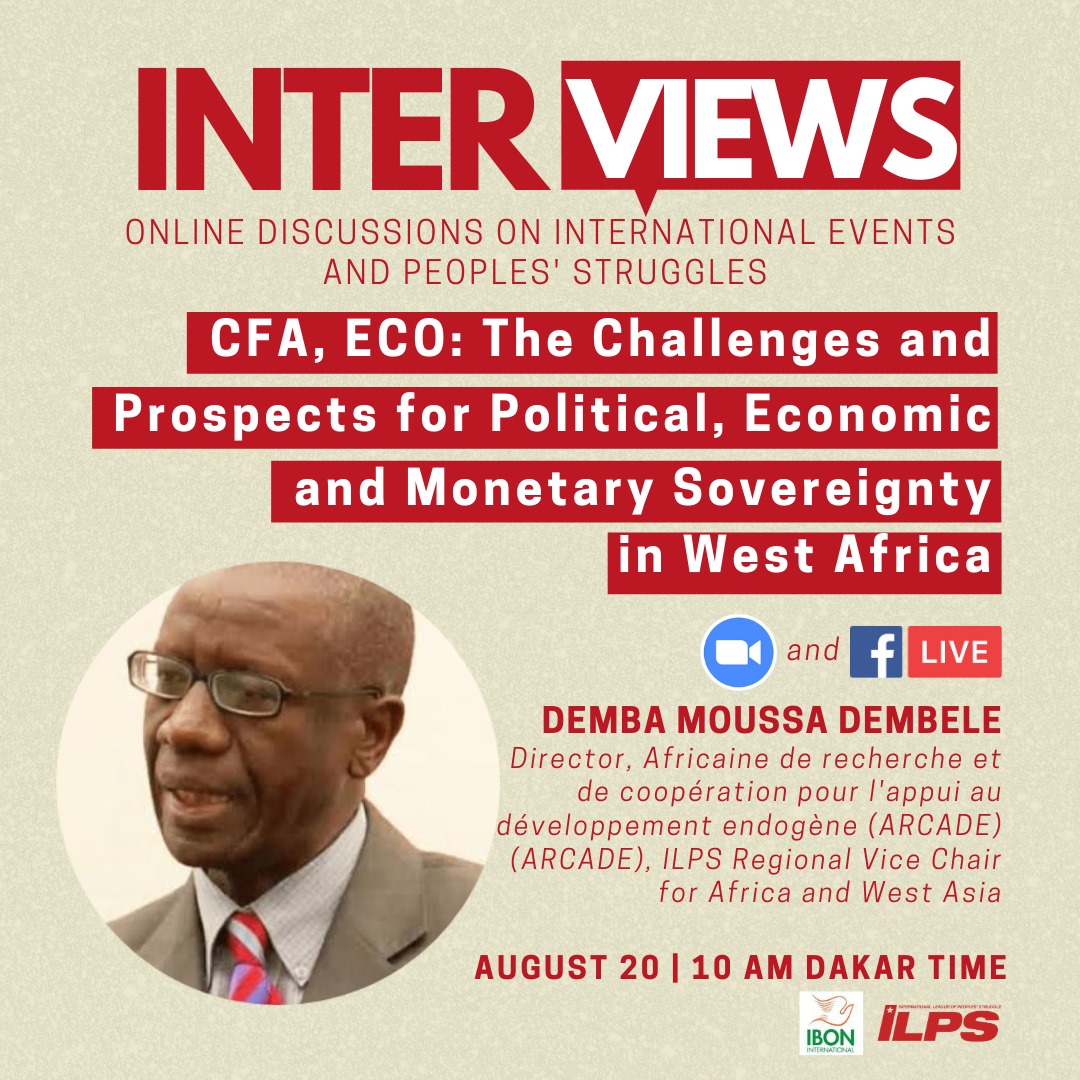 IBON International and the International League of Peoples’ Struggles (ILPS) invite you to a webinar on “The Challenges and Prospects of Political, Economic, and Monetary Sovereignty in West Africa” on 20 August 2020, Thursday at 10:00 Dakar time. This will be the tenth session of Inter View, a series of online discussions on international events and peoples’ struggles spearheaded by ILPS. In the said webinar, IBON International Board of Trustees member Demba Moussa Dembele will talk about the agreement to change the name of the currency in West Africa from CFA franc – which name is deeply rooted in the region’s colonial past – to Eco. The agreement, which loosens the ties of the region’s currency to France’s economy, will be discussed in relation to possibilities of political and economic sovereignty in the region. Other representatives from civil society organisations in the region will also join in the discussion. IBON International’s Executive Director Amy Padilla will formally open the event with a short speech.

Pushing the Boundaries of Official Development Assistance: Challenges and Opportunities