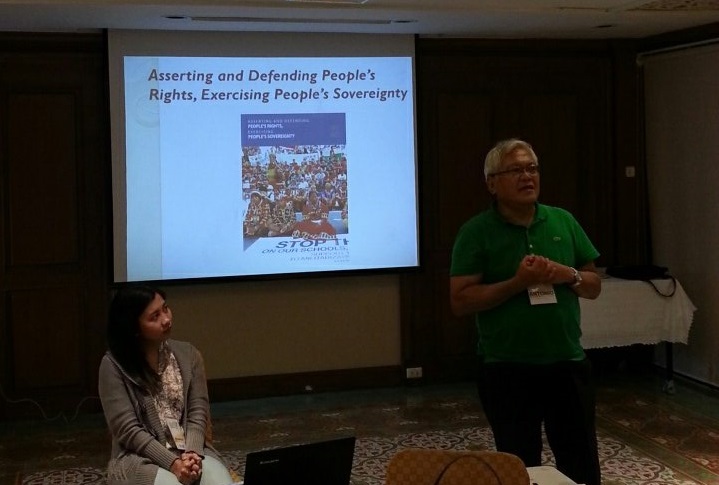 “Around the world, the narrative is one of political instability and unrest, systemic poverty, armed conflict, unsustainable economic growth, and environmental crises. These conditions have led to increasingly inhumane conditions for the poor and marginalized,” Antonio Tujan Jr., IBON International Director, said during the launch of the book.
The book brings together recent stories of workers, farmers, and indigenous peoples in the Philippines: the struggles of NXP and SUMIFRU workers, experiences on collective land ownership called Bungkalan, the plight of farmers affected by typhoon Yolanda in Eastern Visayas, the Tumandok people’s resistance against militarization, and many more. The cases all highlight unified actions in the assertion of rights, amid socio-economic inequalities that are linked to poor governance and foreign corporate capture of the local economy.
“The need for increased recognition and genuine realization of the concept of people’s rights has never been more urgent,” Tujan said.
The book was launched on March 30, 2017, 3:30 p.m., in Sukosol Hotel in Bangkok, Thailand, as a part of a workshop on Human Rights and People's Empowerment.
The workshop was part of Breaking Ground and Taking Root: The Istanbul Principles @ 7, a conference on the guiding principles of civil society organizations around the world. Promotion of human rights the first among the eight of these Istanbul Principles.
Tags: democracy, people's rights, PPD, RBD