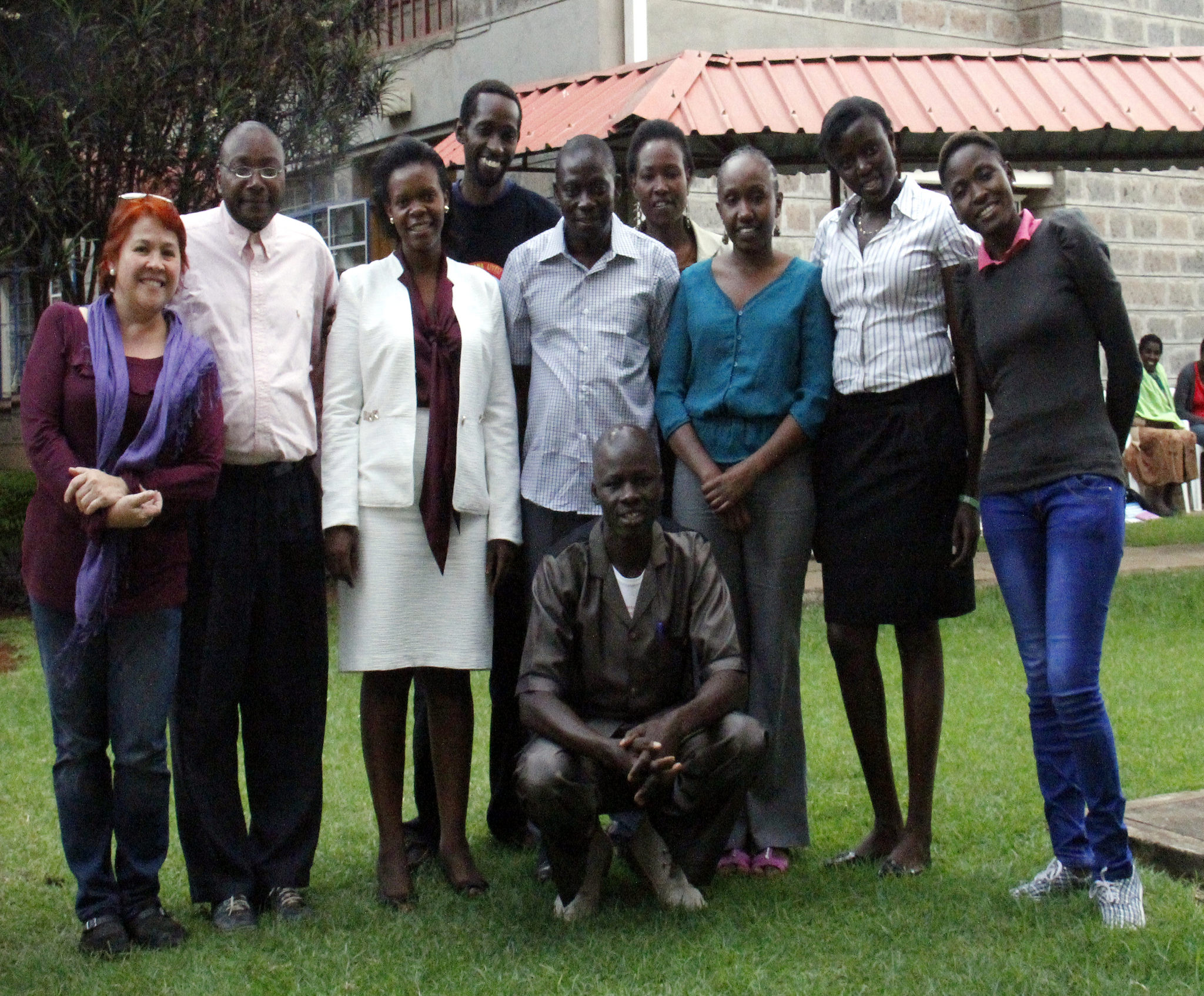 The Climate Justice Core Group is a team of social justice activist on Climate Justice  (CJ) from 5 sites in Kenya namely: Migori, Mfangano Island, Cherangani, Malindi and Mathare in Nairobi. The movements represented by this core team include: Ragana Faith Women Group, Mfangano Island Paralegal Network, Sengwer Supreme Council of Elders, Malindi Rights Forum (MRF) and Bunge La Wamama Mashinani (BLW). The team acts as representatives of their various communities including dialogues on climate change at the local level in relation to the community struggles which include marine conservation, an urban informal setting, fisher folk, indigenous communities land struggles in the wake of climate change and female small scale farmers.

Making connections on Climate Change within our Communities

During the Core group formation meeting, members identified and shared connections amongst themselves, their struggles and the planet as follows:

The core group members further shared how their struggles were interconnect. The connections drawn were as follows:

Fisherfolk – Indigenous Communities (have a forest in Mfangano Island which is tourist attraction, evictions from Embobut Forest and the loss of livelihood is also felt by the fisherfolk when fish migrate to other areas due to polluting of the lake

Women farmers – Fisherfolk: Are affected by reducing levels of water in rivers

Fisherfolk – Marine communities: Affected by toxic chemical wastes into rivers and the by companies leading to the death and destruction of breeding grounds for fish. Migration of fish to other areas leading to loss of incomes

Indigenous community – women farmers: Loss of forest is a loss of livelihood leading to lowered levels of rainfall. Indigenous communities report having lower crop yields and have to use fertilizers to boost their harvests

Part 2: The climate crisis – Why should we care?

The rationale for being concerned about the climate crisis was deliberated as: To respond to the various changes that have occurred within communities which are directly related to climate change e.g. depleting food resources, changing soil fertility, food insecurity, interference with sources of livelihoods egg migration of fish due to pollutants from industries around Lake Victoria, lower crop yields, forced eviction under the guise of environmental conservation amongst Sengwer indigenous community, increased households expenditure on basic necessities e.g. water, vulnerability to  disasters e.g. floods  in Mathare, emission of gaseous wastes e.g. Kariobangi Light Industries in Mathare.

Other reasons put forth for caring about the climate crisis included poor sewerage system and the subsequent vulnerability to diseases, social exclusion of the poor and the deliberate deprivation of access to basic services among populations in urban informal settlements, illegal land allocation, water salination and loss of marine life amongst communities in Malindi.

This was an open discussion assessing the place of grassroots frontline communities impacted by climate change on the climate justice negotiations. The session further interrogated interrelationship between grassroots communities and the global north on issues of climate.

The emerging issues entailed, struggle over land ownership by women, emergence of social ills such as sexual exploitation of women by fishermen before women can access fish (fish for sex) due to migration of fish in Lake Victoria, Multinational Companies collaborating with the political class to carry out illegal logging in Embobut Forest at the expense of the local communities, the responsibility of development nations, disposal of wastes by Multinational companies e.g. flower farms, backed by governments for  financial gains.

Part 4: Why Climate Justice as an organizing approach

The deliberation looked at reasons for organizing on the issue of climate justice, including forming allies to support advocacy on negative impacts of climate change, mobilization for collective action and conscientization sessions through dialogues at the community level to enable a radical shift from climate adaptation to change of systems and structures responsible for the current crisis.The discussion further assessed the connections between local communities and the global environment, giving rise to the following views:

After Lima: Hopes falter for a system-changing climate deal